How to Reach 80 Devotion with Zero Experience

Making your powerful without gaining any experience is the key to maximizing your power at your current level. Remember that no matter how attractive something in the game might be, there will always be opportunites to get things like it later, while any exp is irreversible. Even if it's just one little exp point, it will be with you forever.

Experience is like calories: "A moment on the lips, forever on the hips!"

November 4, 2013: I need to update this for version 2.1. For lower level characters, you need to be up to VIP level 5 before you can get 100 Devotion with zero experience. You need 100 Devotion (instead of 95) to get the maximum reward, but now you get a level 2 gem at 80 devotion.

It's not possible to reach 100 devotion with zero experience unless you have VIP Level 3 or greater, but you can get to 80 and reap the rewards. As of this writing, when you reach 80 devotion, you receive:

The most important thing to remember is do not collect rewards from quests that give you experience. 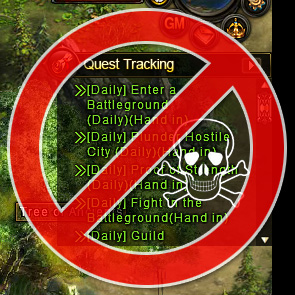 Just ignore that big list of quests you've done. You get credit for doing the tasks even if you never get the quest rewards. No matter how great the other things seem, if you want to be awesome, they're not worth the cost of increasing experience.

DO THESE BUT BE CAREFUL NOT TO COLLECT REWARDS FROM QUESTS

Daily Login
Complete a solo dungeon (2 levels lower gives zero exp)
Contribute to your guild
Plunder a quarry
Plunder another player
Perform a guild blessing (No exp for guild wheel. Sell exp and bounty scrolls.)
Participate in a group arena fight
Spend Balens/Vouchers (power bonus in World Boss)
Speak in world chat
Capture an astral
Fight a World Boss (no exp, and lots of gold and daru)
Enter the Altar of Ennoblement (Do this after solo dungeon.)
Enter the Forgotten Catacombs (Just enter and leave. Don't fight.)
Harvest (Stay away from Leveler seed.)
Visit Farm (No exp for weeding your friends' farms.)
Enter Battleground (OK to fight in Bullyground. No exp.)


You can also participate in Guild Battle for zero experience and huge rewards of so-called "Honor" and Insignia.

I try to do all the runs on the Guild Wheel every day, when I have the gold. The Guild Wheel gives me a few gems that are accumulating into some powerful stuff, along with lots of other goodies. I'm also slowly buying Guild skills. I'll spend gold on gambling for astrals, too, when the spirit moves me. I do as many World Bosses as I can, and of course I fulfill my role as a relentless pest in Guild Battle.

VIP's Note: It's also OK to collect the reward from the VIP daily devotion quest. Zero experience there, and you get 10 VIP tokens. You'll get 70 VIP tokens a week, which with a couple of extras picked up along the way is worth 1 million gold, 10 skeleton keys, and some other goodies from the VIP Wheel.

At VIP Level 3, you get +10 devotion every day. If you add a run through a lower-level multi-player dungeon, you'll get to 95 devotion! That's big. Your added rewards for those extra 15 exp points:

Those Soul Crystals add up to a big boost from level 35 and up. An extra mount training whip every day will really help for those 40 and above. Level 2 gems might not be much for those above level 50, but they're great when you're below 40 and working on zero experience. And if you plan to level up eventually, save those skeleton keys for summoners in high-level dungeons; you'll be really happy that you did!

Complete a multi-player dungeon
(Could do dungeon 2 levels lower and get zero exp.)
WARNING: (August 14, 2013) As of server v1.66, MP dungeons now give small bits of exp even 2 levels lower.
I am seeing 12 exp per battle with a level 38 character in Nether Forest. (Of which, 7 is from World Prosperity and 1 from VIP.)

DO NOT DO THESE

Is it Worth All the Bother?

Obviously, I think so, or I wouldn't have put all the work into creating this web page. It's how I've been able to go undefeated in the level 30-39 Bullyground, when I'm only level 36. I've also been stuck in the level 35-44 bullyground where I'm the only one without a horse, but still managed to win a majority of the battles.

Here, with a little help from an unsuspecting rock star* from the days of yore, are some fun results from a couple of Bullyground runs. Note Brangwen's score. 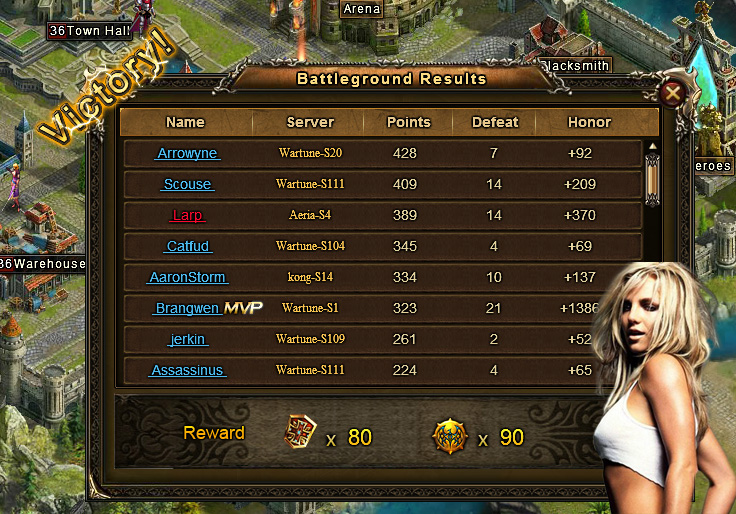 I'm Not That Innocent


Innocent? Me? Well, I intensely dislike being a bully in the Bullyground. Maybe bullying is honorable behavior to the Chinese communists who put Wartune together, but to me, this is just about the most sick, vile, dishonorable behavior possible.

I usually just run carts and fight only when attacked; but once in a while, especially if my team is behind or if I need PvP points, I'll turn vicious. I like to hunt players who are on a killing spree, using lower levels only to heal up after particularly heavy battles.

I will confess that I do try to look innocent. I run carts and hide my clothing and my title, appearing as easy prey for the bullies. That little surprise package is often enough to propel my side to victory in the Bullyground. 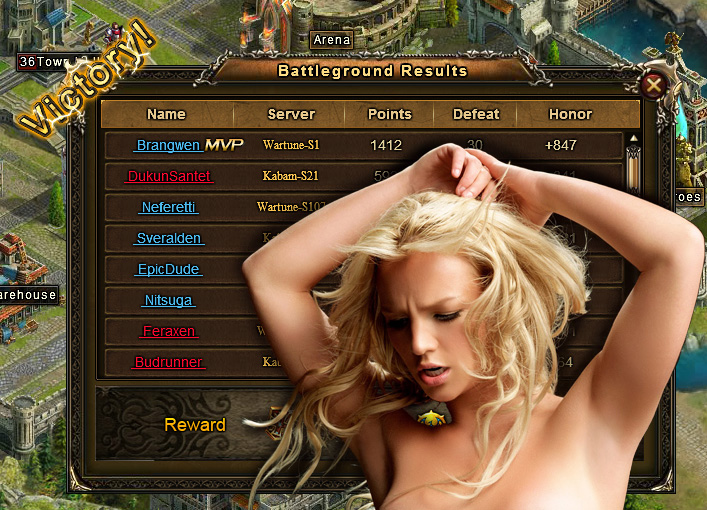 Oops! I Did It Again!


And here's my little megabrat from s1, as of the time she did this. 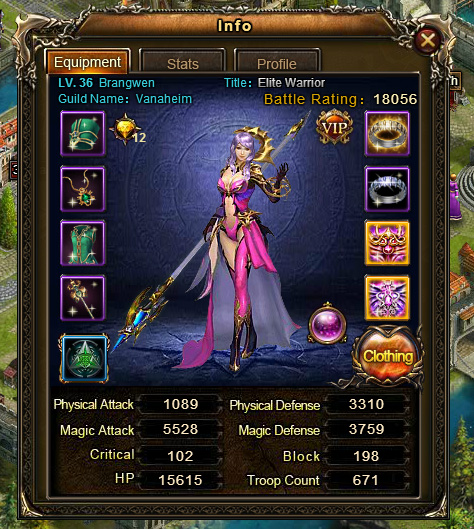 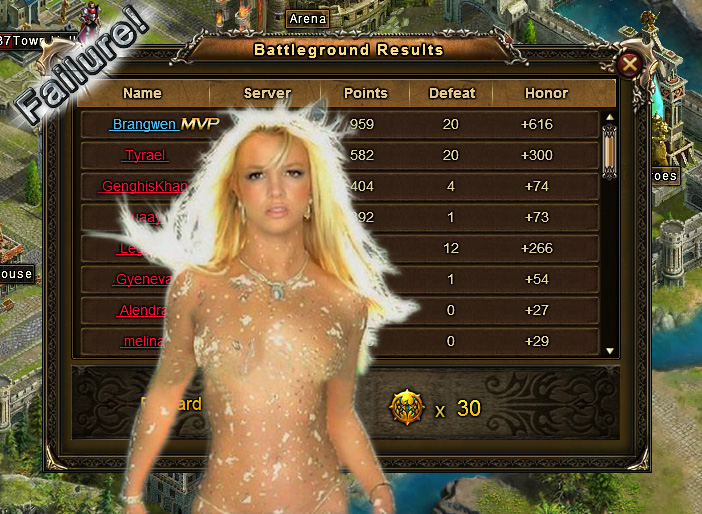 Sometimes, no matter what you do, Bullyground is
Toxic!

And I'm getting a little stronger, every day.

In the time since those first two Bullygrounds, I have leveled up to 37. That was a dumb mistake on my part. I have high-level characters on s8 that I do allow to gain experience, slowly. I was running them at the same time I had Brangwen-s1 going, and foolishly collected the rewards from a task for my s1 megabrat.

That's also how I got to level 36 in the first place. I wanted to hold at 35, but there were enough blonde moments to level me up; twice now. Darn it.

*No, that's not me! It's Britney Spears.

Back to Tips Menu